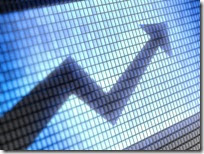 In the last few days, RBC and Scotiabank have eliminated their advertised variable-rate discounts.

Prime + 0.10% (i.e., 3.10%) is an interesting number. A few months ago consumers thought that fat variable-rate discounts were here to stay. Variables above prime will now come as a shock to some people.

The banks are well aware of that. They know that pricing above prime impacts consumer psychology.

They could have priced at prime. Spreads are not that horrendous. But pricing above prime makes more of an impact. It makes higher-profit fixed rates more appealing and it mentally prepares consumers for potentially higher VRM premiums down the road.

That said, banks are not just arbitrarily sticking it to borrowers. Far and away, the main reason variable rates are worsening is that banks' costs are rising.

At the moment, there are multiple factors at play:

Posted at 01:49 AM in Mortgage Rate Trends | Permalink

The Canadian economy was not as bad as first feared in the third quarter. In fact, it was much better than almost anyone had hoped

You received this email because your friend Lisette Amalfi thought you would be interested in the article linked above.